You'd think, in the #TWD's final season, they wouldn't be introducing such fascinating characters like #LeahShaw, who is (as of the end of this episode) the #ReaperQueen. But here we are: Pope is dead (long live #RitchieCoster: a BRILLIANT actor, gone too soon), #DarylDixon, #MaggieRhee, #Negan, and Elijah are (hopefully) on the run, and who knows where Leah's mindset truly lies? Meanwhile, will #TheCommonwealth swoop in on time to assist #AlexandriaSafeZone or arrive amidst the aftermath, in order to salvage potential Nasties/Plebeians?
After hacking, slashing, and burning this episode down to just under 2 hours, you best BELIEVE there's a decent amount of pre-show and post-show, plus all the edits you can handle in between. And, keep in mind, we should a WHOLE LOT smarter in the final edit! Support our podcast? Buy us a Coffee! ...or maybe even join a membership tier? 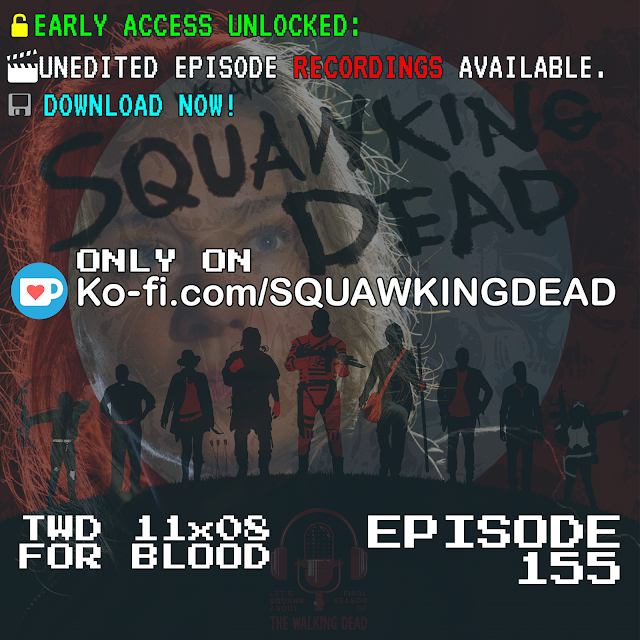 Posted by David Cameo on Thursday, October 14, 2021 No comments:

BE ON THE LOOKOUT for flying BONES that were PICKED this episode, as we sorted out the graveyard of hallucinatory misunderstandings and incredulous feats. That aside, although the Season 2 Premiere was on the underwhelming side, the implications set forth in this episode are anything but and allowed us to extrapolate a whole lot (we'd be lying if #MattNegrete's Inside the Episode exclusive, for #AMCPlus subscribers didn't help a bit, which is another critique on the episode)
Want to join us in the real-time chat for future recordings, lending your thoughts to our conversations, as well as have the ability to download the unedited version of this podcast recording? Create an account and follow us, here, and if you are so inclined, you can buy us a coffee for 30 days of access to our supporter-backed content or join a membership tier for as little as $1 /month: 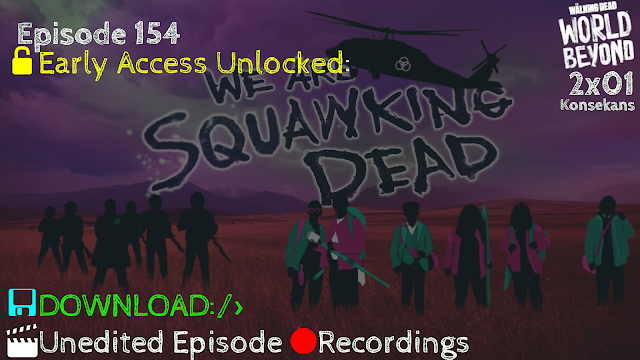 Email ThisBlogThis!Share to TwitterShare to FacebookShare to Pinterest
Labels: Episodes, The Walking Dead World Beyond, TWDWBseason2

This episode gave us so much to work with in terms of parallels: people mirroring other people and scenes mirroring other scenes. #TheReapers & #TheCommonwealth, more than any other theme, are the most representative of those contrasting themes: The former being the natural conclusion had out survivors remained in the wild ("kill them all") and the latter a result of having the shelter and luck to survive behind walls (preoccupation with the seemingly trivial). There were many bones to pick, but we sorted through them and came out on top - all while having some laughs along the way.
I love the unedited version of this episode. So many mistakes! And, uh, Dave has a few senior moments that we had to minimize! The post show, we go into the development of our Spooky SQUAWKtober Cosplay Contest, so that's a nice bit of behind the scenes! If you want this and more, all while supporting this podcast, head here: 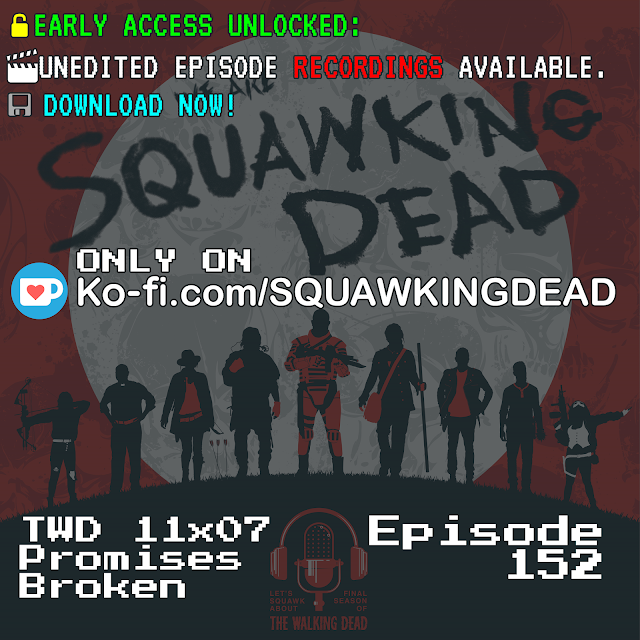 Posted by David Cameo on Thursday, October 07, 2021 No comments:

Director #ChristopherAlender not only answered our questions about #TheOldWays, but was generous enough with his time to sit in on our #WatchParty, just prior! We not only got to find out about the #HappyAccidents throughout production and the twist and turns creating this movie took, but also a little bit more about Chris, himself: his background, the movies/narratives that inspire him as a film-maker, and what it took for him to release this movie as the pandemic hit - just after principle photography was filmed.
📽Watch The Old Ways on Netflix | https://www.netflix.com/watch/81422437