🚨#GIVEAWAY! Win Kirk's Complete Set of Prints + The Limited Exclusive Event Poster!
GET YOUR ENTRIES IN BEFORE WEDNESDAY NIGHT (Eastern/US), SEPT 28th!
Kirk Manley's NEW TWD S10 & S11 Tribute Art exhibition is only going to be available starting at noon (Eastern/US) on Friday, the 24th of September, through Sunday, the 26th! NEW Tribute Art prints will be added every day, throughout the weekend! Don't wait, especially when it comes to the event poster (only 50 in stock, numbered and signed). Head here to get your copies: 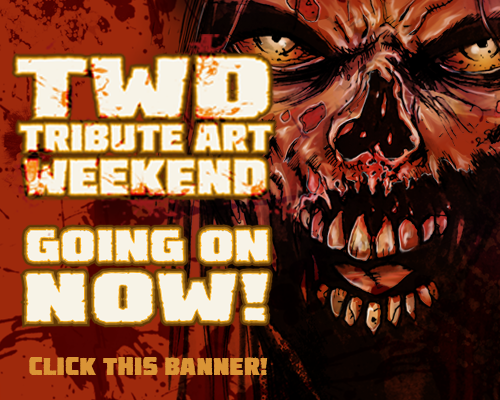 The 2nd in our NEW segment highlighting the cousins in our #TWDFamily Tree! Kirk Manley is a Graphic Artist that hit a major stride when he embraced his passion for #TWDUniverse (via podcasting, of all mediums) and decided to accompany it with a series of Tribute Art pieces. His incredible fan art is now well-known among the community and it was a distinct pleasure to be able to chat with him!
There were some spicy takes we trimmed out but, all in all, not a crazy amount edited out of the original recording; however, now that I think about it, where did over a half-hour of our recording go? Find out here: 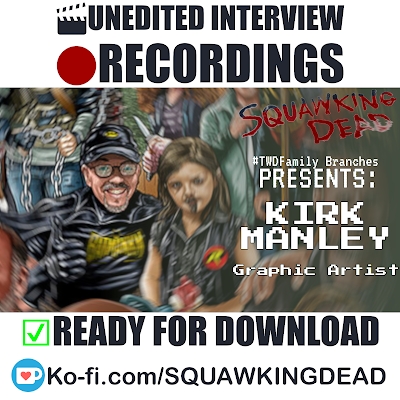