🤯You do NOT know what's coming your way (talk about Hunted, right?): Rachael & Dave are about to blow your mind with some incredible predictions that you won't get anywhere else. @MegTheGeek & @BlazyGardener phone-in some great insights that Rach & Dave dissect along the way. Either way, #TWD gave us some incredible concepts to play with this episode! ...We can only hope the 18 remaining episodes are just as playful!
Not much pre-show and post-show in the Unedited Recording of this Episode; HOWEVER, we do regale you with some personal stories and some observations that didn't quite make it into the final edit that you may find valuable if you are interested in going a little deeper (both on #WalkingDead & SQUAWKING DEAD)! For that and so much more, head here: 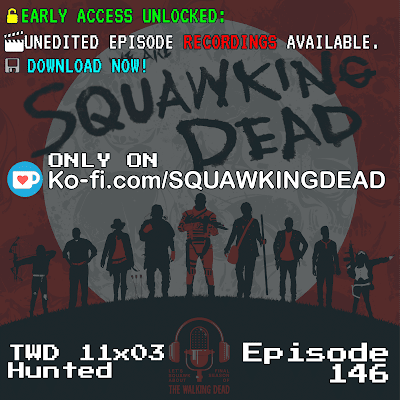