Welcome to our 21st Percolation Nation! This blog highlights our supporters' generous contributions for the month of August, 2021! ICYMI, we detail the benefits of supporting us on Ko-fi in our first-ever Percolation Nation. 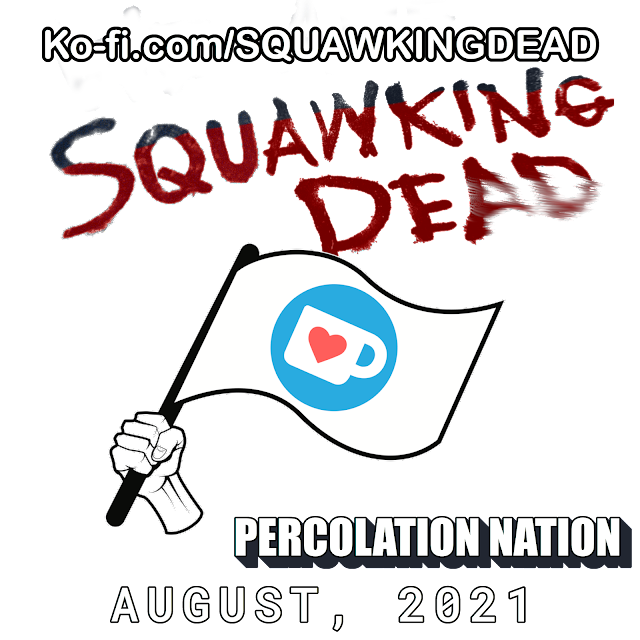 If you like what we're doing, want to contribute your insights in the realtime chat during our recording sessions, and/or (at least) want to pick up Early Access to our Unedited Episode/Interview Recordings, head over to our Ko-fi page and just follow us (by creating a Ko-fi.com account). Watch our intro video, view our funding goal (currently: self-sufficiency), and scroll through the feed to see who's backed us. Ultimately, you are going to want to check out the posts section to view all the supporter-backed content you're entitled to when you join the nation! When you see something you want access to, buy us a ☕coffee or consider joining one of our membership tiers!

Little did we know it, going into this, how much relevance this discussion would have when it finally came to the upcoming season of TWD (Season 11), especially in relation to the tension/conflict between Negan & Maggie. Having the former's brutality seared (again) into our subconscious (while acknowledging our acceptance of him, be it begrudging or open) and also revisiting the latter's relevance in prep of her actual return, this discussion semi-neatly dovetailed into the Origins recaps of our four main characters: Daryl Dixon, Maggie, Negan, and Carol Peletier. Although it's mostly cons, when it comes to Origins, much like Negan, himself, there are some redeeming moments that make it a worthwhile watch, especially as a refresher after a 10 season run (with some gaps for breaks in Season 10).
This was a HEAVILY edited episode with a nice amount of behind the scenes divulging prior to starting the actual episode. If you'd like to download a copy of the unedited episode recording, as well as be involved in future recordings, all while supporting the podcast, click here: 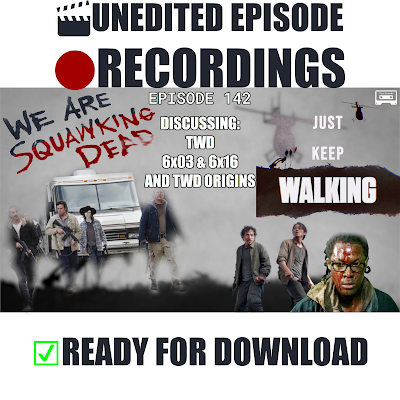 We wind back a couple of episode numbers to Episode 139 (Episodes 140 & 141 are dedicated to our interviews with Jenna Elfman & Bobbie Grace , respectively), where we finally recorded our thoughts on #FearTWD's Season 6 Finale. This is a particularly short episode, mostly due to the fact that this episode wrap things up pretty neatly in bow, but there were some thoughts we cleaned up and some ideas that we wanted to work through as a result of watching this several times before a month and a half and a couple times after.
The Unedited Episode Recording is available and contains a juicy pre-show, with some lovely #BehindTheScenes tidbits, as well as COUNTLESS cancelable utterances in-between! To grab this (and more) and support our #podcast, click here: 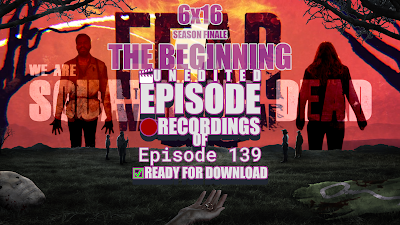