Welcome to our 20th Percolation Nation! This blog highlights our ☕Ko-fi backers' generous contributions for the month of July, 2021! ICYMI, we detail the benefits of supporting us on Ko-fi in our first-ever Percolation Nation. 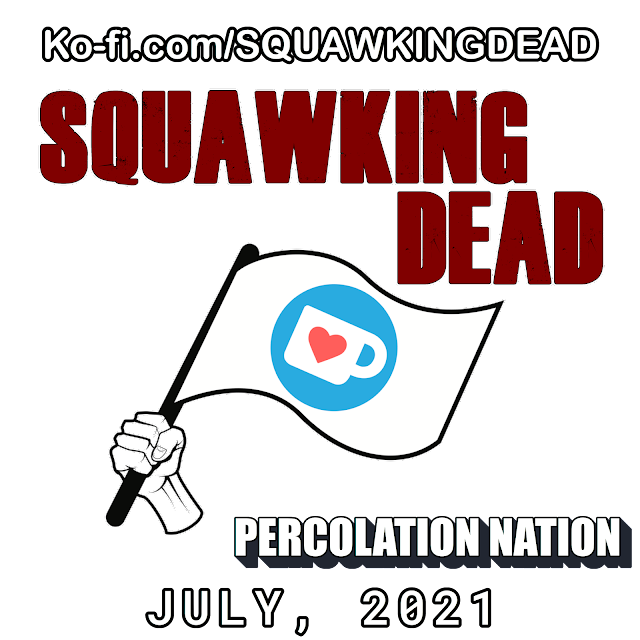 If you like what we're doing, want to join us during our recording sessions, and/or (at least) want to pick up Early Access to our Unedited Episode/Interview Recordings, head over to our Ko-fi page and just follow us (by creating a Ko-fi.com account). Watch our intro video, view our funding goal (currently: self-sufficiency), and scroll through the feed to see who's backed us. Ultimately, you are going to want to check out the posts section to view all the supporter-backed content you're entitled to when you join the nation! When you see something you want access to, just buy us a ☕coffee!

[Episode 141] Interview with Bobbie Grace (AKA "Ranger Samuels" from #FearTWD)

We had a very pleasant chat with Bobbie Grace , AKA Ranger Samuels from Fear The Walking Dead. Our conversation with her reminded me a lot of our conversation with Peggy Schott , especially when it came to describing the feeling of belonging to a large ensemble versus a short film. And, is it any coincidence that they are both gingers? 👀
The Unedited Interview Recording is... hilarious. But more than anything else, really slows down the conversation and exposes moments of levity in between the edits. You can enjoy it here: 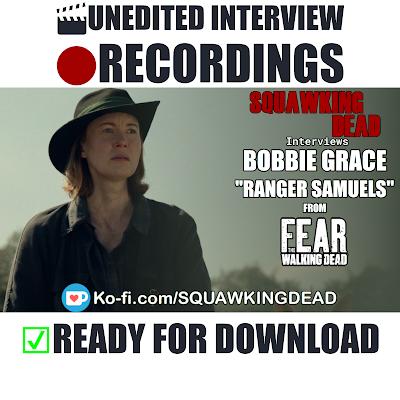 Something that probably should've happened a long time ago has finally arrived: our sit-down Jenna Elfman. We mainly discuss her process, which takes us on a journey through her acting life. As she guides us through the twists and turns throughout her career, while answering some fun(ny) questions along the way, we actually walk away with some fairly essential life lessons and go much deeper into her past than I ever thought we would. We're grateful that she was able to give us so much of herself and hope to do this again, soon!
Since our interview was recorded so recently after FearTWD S6, while FearTWD S7 was filming, we decided not to make the complete, unedited interview recordings available; however, we *will* be uploading the test recording (we wanted to see how viable Riverside.fm would be as a recording solution, prior to our recording date). For all that and more, please consider (at the very least) following us here: https://Ko-fi.com/SQUAWKINGDEAD