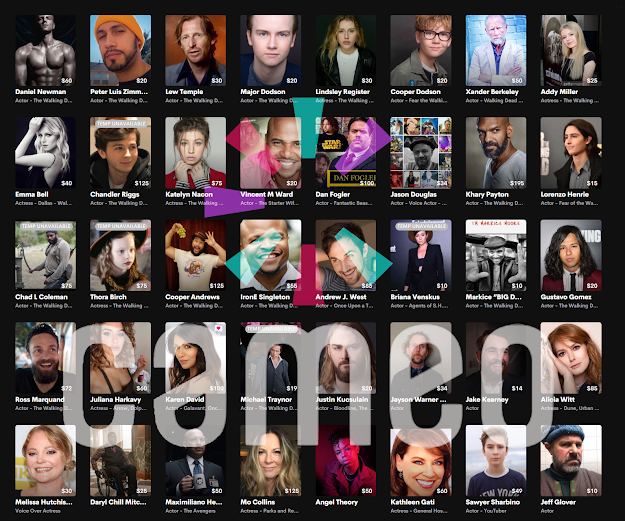 We've been meaning to do this for a very long time! Ever since our last giveaway, we wanted to keep a rolling list of the latest TWD Universe cast-members that have joined Cameo.com. Why we're doing this in the first place is because, while Cameo's site has gotten better over the last few years, some cast-members don't seem to show up in normal searches for "Walking Dead". This has ranged from actors with pretty key roles, such as Jayson Warner Smith ("Gavin"), to creature actors, like Jeremy Ambler. Some actors completely suspend their accounts, too, like Chris Greene (while he's played as a random member of The Saviors, he's gone on to do greater things in his career), while others might make their accounts temporarily unavailable for new Cameos, continuing to at least maintaining a presence  on the site.
Whatever the reason may be, here are all #TWDUniverse cast-members that have ever had an account on Cameo.com:

Email ThisBlogThis!Share to TwitterShare to FacebookShare to Pinterest
Labels: Exclusives