[RECAP] Season 10, Episode 4 of The Walking Dead, "Silence the Whisperers" 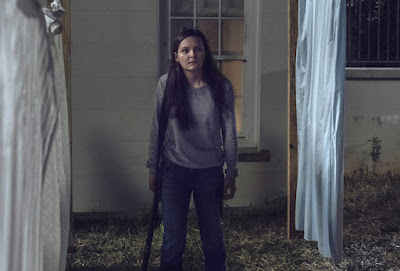 In this latest episode of The Walking Dead, “Silence the Whisperers”, we get a glimpse of the dynamic at the Hilltop (I’ve been wondering who’s running the ship over there). But more importantly, we get to see how Alpha’s reign of terror over our heroes is causing turmoil from within the community, that could potentially threaten the very fabric of stability they have worked so hard to create.

We start seeing this right away, in the sense that there appears to be a small contingency of highwaymen and teenagers that have it out for Lydia. Every time she’s in their presence, they’re quick to poke fun at her mom, Alpha, as a sort of masked Boogie Man and point out that she’s essentially the “red headed stepchild” if you will. The adopted child that is reminded of this fact at every turn and how her very presence is a nuisance to them all. Lydia tries to keep a brave front, but it inevitably gets to her and, upon Negan’s advice to not allow these folks to get a rise out of her and let them see her upset (good advice by the way), she pulls a bit of a showy move in the dining hall (dissecting a squirrel and then making a hush sign with her fingers) to essentially freak out these guys.

It works but Daryl insists that this was probably not the best idea (good point). You have to feel for Daryl who has basically been tasked with being the “second in command” in Michonne’s absence while she tends to the Hilltop’s need and helps walk King Ezekiel off a literal ledge (more on that later).

The situation with Lydia quickly escalates when one night she is assaulted by this gang of three (two teenagers and one highway-woman), in a particularly disturbing scene. I’m not sure if there was any intention to harken to this part of the comic, but in the comic version of the story, Lydia is the unfortunate victim of what appears to be a Whisperer culture of systemic rape and in this moment during this assault, I actually worried that the show would potentially “go there” with this scene. Particularly since this assault was meant to humiliate and degrade Lydia, to the point that she would run off and leave...or face essentially being beaten to death. Luckily the show doesn’t go that route and before she is killed, she is actually SAVED by NEGAN, of all people. Negan’s MO has always been that violence against women and children is DEPLORABLE and OFF LIMITS and this moment is no exception, considering he considers Lydia a “kid” and obviously a young girl. He pulls off the highway woman who was the ringleader of this assault off Lydia and flings her against a wall...killing her in the process (wow, that was quite a strong throw, right?).

It’s at this point that the townspeople gather to see what all the commotion is about and see a beaten up Lydia, a dead highway woman (who deserved it, mind you) and a Negan standing in the mix of everything. This of course leads to everyone wanting Negan’s head on a silver platter (no pun intended) but the council is torn on whether to deem him GUILTY and sentence him to DEATH or deem him INNOCENT and spare his life. Really? The man saved Judith and dog in a snowstorm, saved Aaron’s life and now defended Lydia from murder and possible rape and you all are still torn on what to do with him? #JusticeforNegan. In any case, the townspeople want blood though and Daryl knows this (who also advocates in Negan’s defense, particularly since he knows this group was tormenting Lydia. How times have changed...).

SO. Does this mean that it was Daryl who set Negan free? Because before the council can make a final decision, Father Gabriel discovers that Negan is no longer in the cell and is GONE. 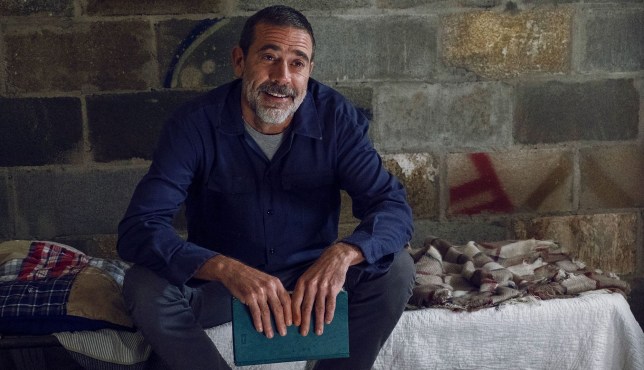 So who let him out? The most likely culprits would be Daryl or Carol, both of who are aware that Negan is NOT the threat that everyone should be worried about but my guess is that more will be revealed in episode 5 and HOW exactly he was able to escape. We are also quickly progressing toward a highly anticipated collision course between Negan and The Whisperers, as per the comics. Check out ComicBook.com in case you want to get an idea of who might've been involved in Negan's release and what his focus will be now that he's a free man. 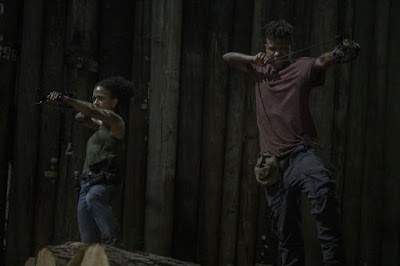 And on side note: How funny is that Carol is still bitter than Daryl didn’t take her up on leaving it all and heading to New Mexico? Daryl chose COMMUNITY instead. DARYL. Think about that for a second. Again, how times have changed...

Meanwhile, Michonne has her hands full trying to keep the Hilltop alive. The community has been under siege of an onslaught of walkers brought on by a humongous fallen tree, which has created an opening in their security wall. What caused the tree to fall? Was it an “accident”? Or was this tree provoked to fall by some Whisperer help? That still remains to be seen.

In any case, the group at the Hilltop needs to simultaneously pull out any community members stuck under the collapsed tree and at the same time keep the walkers from infiltrating and wreaking havoc. Some of our more martial members (Yumiko, Magna, Luke, Connie and crew) volunteer themselves to handle the walkers while Jerry and some other community members work on getting those that are stuck out. The threat starts to become overwhelming...that is until the Calvary shows up in the form of Eugene, Michonne, King Ezekiel and Judith. We also get some really BAD ASS scenes showing Michonne and “daughter” Judith fighting with their respective swords, side by side, which harkens back to scenes with Rick and Carl shooting together (*tear*). Eventually the threat is quelled and Eugene decides to stick around at the Hilltop to help fix their damaged protective barrier (and also to avoid Rosita, but whatever). Luke, on the other hand, volunteers to join Michonne and Judith, since they are on their way to Oceanside.

And Magna and Yumiko are left arguing about Yumiko’s apparent leadership at the Hilltop, since Magna informs her that she is “no longer her lawyer” and apparently doesn’t have any control over her actions anymore.

Wow. We know Magna was a criminal so was Yumiko her defense attorney? And between Michonne and Yumiko then apparently we have two lawyers heading communities in the apocalypse? I suppose that makes sense since they understand more about rules and regulations than most but yeah, interesting right?

Finally, we need to discuss Ezekiel’s mental breakdown and near suicide attempt that was prevented when Michonne LITERALLY, as I already mentioned, talked him off a ledge. His mindset is understandable in the sense that he has lost his home (the Kingdom), his wife (Carol), his “children” (Benjamin and Henry) and his pet (Shiva). That is a TREMENDOUS amount of loss for anyone to endure and at some point this will of course, take its toll. Michonne successfully convinces him to reconsider (again, it’s that being a lawyer and having a way with words and logic) and he is grateful...and shows that appreciation with a kiss.

Now, is there anything to this moment? In my opinion, NO. It was purely a moment to essentially give a “wink” to the comics, since in the TWD comics Michonne and Ezekiel are the ones in a relationship (Carol dies very early on in the comics). They even joke around that they would never work out in the long term and the moment passes very quickly. Ezekiel vents his pent up sadness over his losses to Michonne and it is cathartic for him, but it allows him to refocus and return to the Hilltop to stop the walker threat.

Something to consider is that Ezekiel’s suicidal mindset might NOT be a passing moment and may rear its ugly head again. In that sense, the show may be setting up Ezekiel to have a significant comic book death, remixing the original story as the show often likes to do. But we will have to see how the show progresses to see if that theory has any legs so to speak. 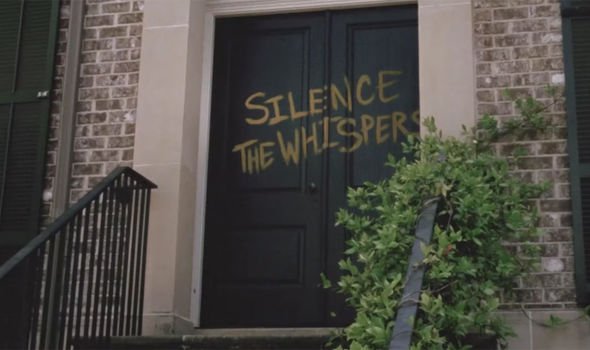 My real excitement however comes from wanting to see Negan in the wild next week, on a very probable collision course with Alpha and Beta, straight from the comics. I honestly cannot wait for that moment.