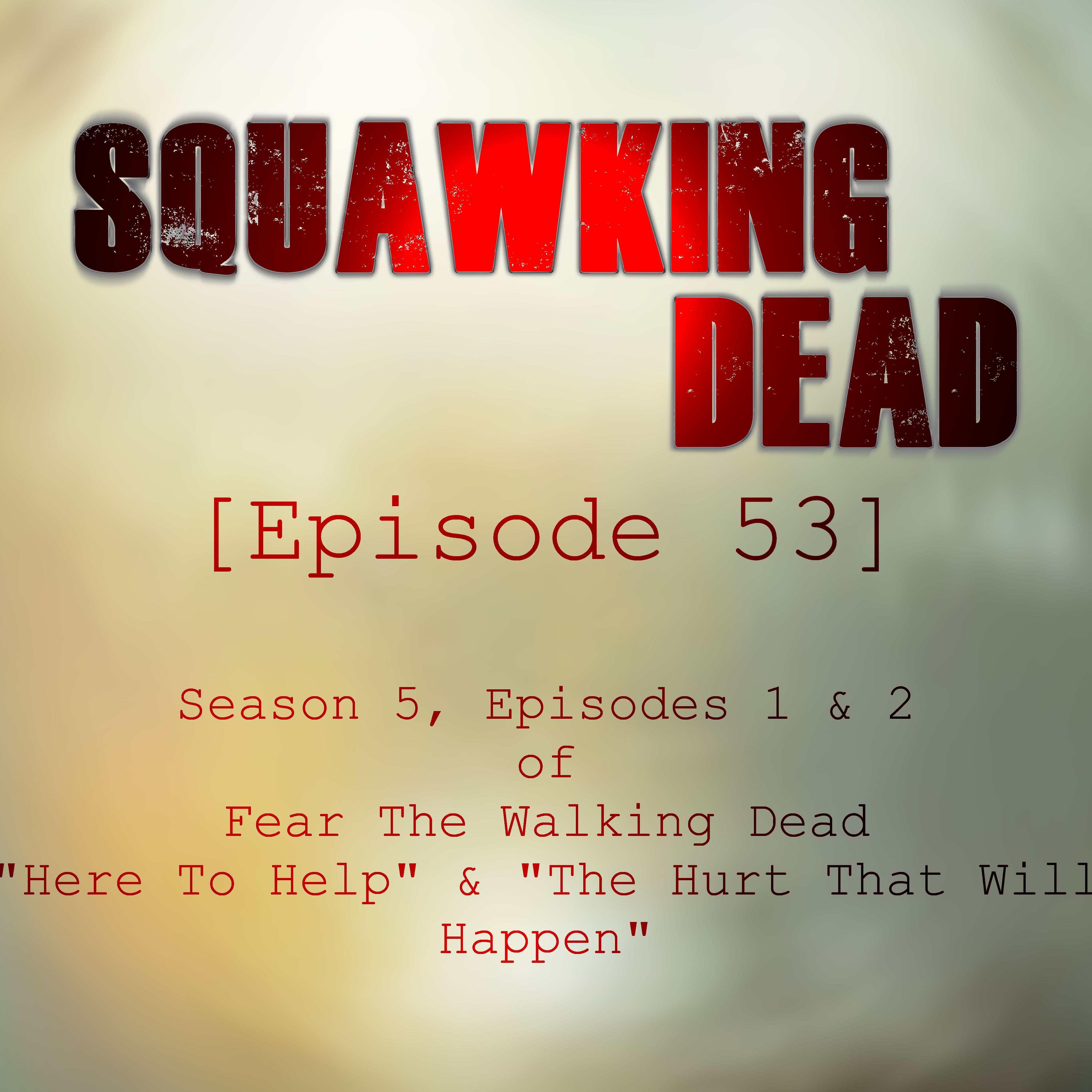 We have a two-fer on our hands! covering the #SeasonPremiere & the 2nd episode!
The #FearTWDSeason5 #SeasonPremiere at #IFCCenter was AWESOME, especially the Q&A at the end. Special shout out to @celtictso & @sonnengartens for meeting me there!
PLEASE, donate to Rachael Burt's fundraister for #StJudes Hospital: every donation gets us one step closer to SHAVING HER HEAD (like #AlphaTWD)!
* That settles it, we're all shaving Rachael-Scissor-Hands' head in August (HELP US RAISE THAT MONAY!)
* #AMC throwing a ton of marketing dollars in Fear's direction
* ...no doubt it's in no small part to the large roll it will play in the overall franchise
* And with #DwightTWD's arrival in the next episode, we need to talk about the timeline
* Reopening Carol's wound: The opening theme
* Doubling-down on Fear, the discomfort in coming back to The Walking Dead
* Enter: Logan. #MattFrewer
* ...Big-bad vs Bad... Bad is far more interesting
* The idea of Jim and, again, humanization by way of movies. #JimbosBeerbos
* #DanayGarcia turns the acting up to 11, buuuuut... the show fails at making us care about #LucianaGalvez
* ...and speaking of being hamstrung, R.I.P. #MorganJones' stick
* #DanielSalazar (and #MadisonClark) possibly flying in to save the day?
* ...and #AliciaClark ironically following in Madison's footsteps. #TroyOtto #JeremiahOtto
* Are you team people or team animal in the #ZombieApocalypse? #NakedAndAfraid
* ...the idea of Dylan, Max, and Annie: where they came from and the Nuclear Meltdown as a backdrop
* ...and with Grace as a possible foil, is Sherry a part of the big-bad group? How will that affect Dwight?
* ...and speaking of Grace: maybe She & Morgan?
* The most capable characters, this season, were the most messed up, last season
* #Althea may be gone for most of the season, but ( #prediction ) is the last man standing
* #SneakPeeks: Looks like they'll be encroaching on big-bad territory... in an old west/ghost town?
* STAY TUNED FOR OUR NEXT PODCAST DIRECTLY AFTER THE NEXT EPISODE OF FEAR THE WALKING DEAD, AT 10 PM, EASTERN/US TIME!
Posted by David Cameo at 6/16/2019 01:48:00 PM No comments:

[Episode 52] From Senoia, With Love 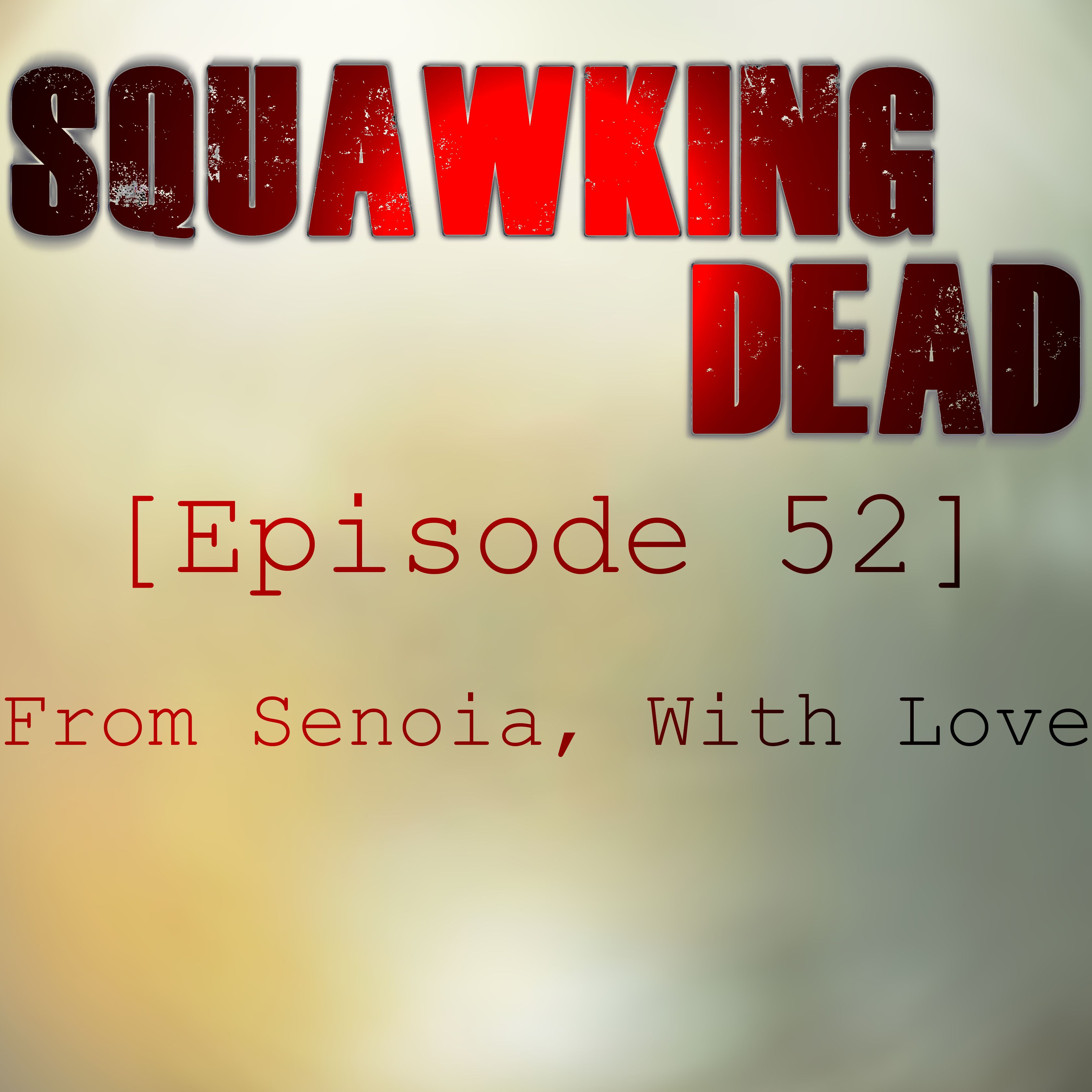 Check out the newly updated website redesign! Banner/Background courtesy of Kailynn Heide (WalkerWyn/WynTheWalker)!
Dave & Chris are back from Camp Marimac Charity Bash (and Xander Berkeley painted Dave like one of his French girls)! Rachael Burt is on her way to going FULL Alpha to raise money for St Judes. And O.G, SQUAWKING D, CAROL has been gallivanting around the planet!